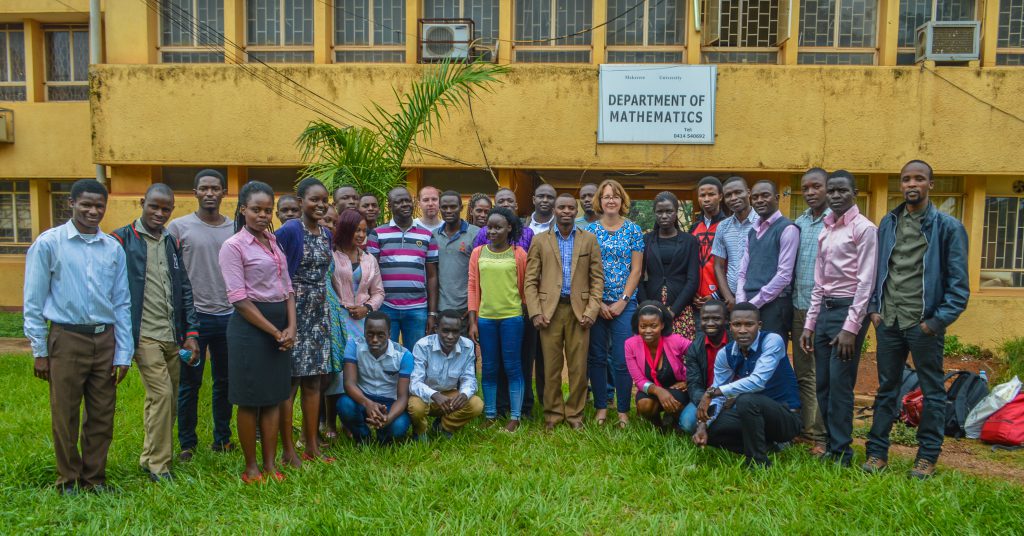 “In Public Procurement corruption could either occur while assessing needs, launching tenders, evaluating bids, awarding contracts or during contract implementation. ” These were statements issued by Dr Liz David-Barrett  when she led a workshop on analyzing corruption risks in procurement using open procurement data with the R-Instat software.This workshop was held at Makerere University on 13th-14th October 2018 and it was attended by Mathematics and Statistics students from the university’s Department of Mathematics. Civil society groups in Uganda and a representative from Public Procurement and Disposal of Public Assets Authority (PPDA) of Uganda also attended the two day workshop. Liz has been  leading a project entitled Curbing Corruption in Procurement, funded by the Department for International Development Anti-Corruption Evidence Programme.

In her opening statement, Liz stated that open data and transparency can help curb corruption if we have high quality data, tools such as R-Instat to make analysis of data easy, and informed and interested users such as CSOs, journalists and government agencies.

Her sentiments were echoed by Moses Ojambo a representative from the  PPDA while speaking about PPDA’s role in promoting transparency, fairness, Ethics & Integrity in Uganda’s public procurement.

To successfully address corruption, the concerted attention of governments, academia, civil society,  businesses, as well as the use of technologies to analyze and publicly share data could help to detect corruption red flags.

Over the last year, part of our team (African Maths Initiative) has been developing custom tools in our open source software R-Instat that has been making it easier to analyse procurement data from different countries across the world.

This was an exciting opportunity for us to showcase what the R-Instat software could do in trying to understand Red Flags in procurement data and how collaborations between Mathematicians, Statisticians, Social Scientists, Civil Society organizations and government could prove worthwhile in trying to understand data and identify red flags in the already available open data. 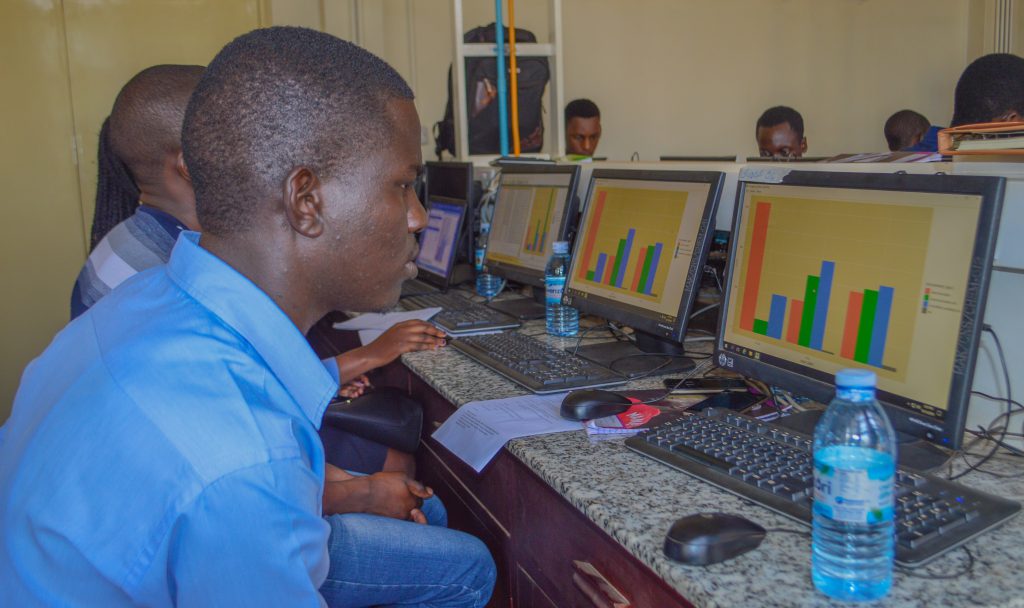 Participants had a hands-on experience working with the software and they analysed public procurement data from sources such as World Bank and the PPDA. By the end of the workshop, participants made interesting discoveries in the data using visualizations such as mosaic plots, histograms and frequency and summary tables.

The feedback from some of the participants showed that they found the workshop useful to them as Mathematicians and Statisticians because it enabled them apply the knowledge  they learn in class to understand real world problems like corruption. They also saw this as a great potential for collaboration between academia and CSO in dealing with these social challenges.

They also enjoyed using R-Instat because it  enabled them to use different ways of analysing data like using the mosaic graphs, frequencies and also it was easy to use because does not require much programming techniques.

Finally, much appreciation goes to Makerere University, University of Sussex, Liz, Danny , attendees and the team from African Maths Initiative (Mike, Patrick and Maxwell) in making this workshop the success it was!